Top 25 Most Popular TikTok Songs that are Trending 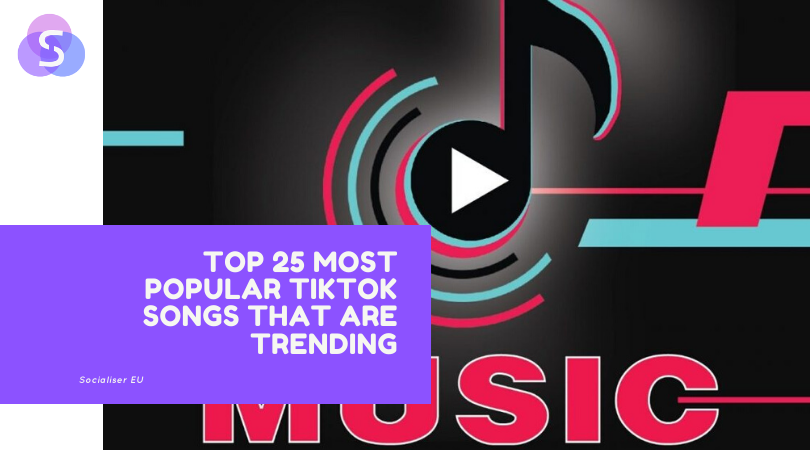 If you’ve spent any time on TikTok, you know that music is essential to the app. The social media platform combines short videos with audio clips for lip-syncing, dances, skits, and more entertaining clips. Keep reading to learn about 25 of the most popular TikTok songs of 2019.

♬ thank u, next – Ariana Grande

1. Thank You, Next – Ariana Grande

Thank You, Next was one of the most popular songs of the decade, so it’s no wonder it topped the TikTok charts as well. The song focuses on Grande’s past relationships and TikTok users have had fun creating unique skits and dances to the song.

Birthday Suit has been featured in almost 1.5 million TikTok videos. Users often pretend to walk, greeting fictional characters or situations on the way. The skits just seem to get more creative every day.

ROXANNE has officially made its way from TikTok to the mainstream, playing on radio stations across the country. However, the song first began on TikTok as the background for countless videos. Arizona Zervas has now signed a record deal and is working on his full length album.

Lil Nas X took the world by storm with his original version of Old Town Road as well as the remix featuring country crooner, Billy Ray Cyrus. The song generated millions of dance videos with TikTok users creating their own moves to the country-rap mashup.

Lizzo is everywhere these days, and for good reason. Truth Hurts has served as the background for lip-syncing TikToks, skits, and dance videos. Believe it or not, the song was released back in 2017 and didn’t take off until 2019.

Commonly referred to as the Renegade, Lottery by K CAMP is featured in more than seven million videos. The Renegade dance has become insanely popular with users creating tutorial videos to help everyone else get up to speed.

Shaed’s hit song features a dreamy, underwater sound that is used in many TikTok videos. The alt-indie song is popular on the radio and on the app, crossing genres to reach countless fans. Dance videos and lip-syncing videos are the most popular styles for this track.

There are some songs that were just made for TikTok skits, and Death is one of those songs. The Trippie Redd song features lines like, “You ‘gon die,” which work their way in a lot of videos. Humor is the name of the game when it comes to using Death on TikTok.

Sicko Mode is one of Travis Scott’s most popular songs. The track is the background for thousands of TikTok videos, including impressive dance moves and unique lip-syncing videos. With Scott’s increasing popularity, it is no surprise his song remains popular on the social media platform.

Friends is a fun, pop track that also doubles as a spelling lesson. The collaboration between music product Marshmello and singer Anne Marie is an instant hit with a catchy melody and equally catchy lyrics. TikTok users have gotten very creative coming up with new ways to use this song in their videos.

Young M.A, or Katorah Marrero, first rose to fame with the track “Ooouuu,” but it’s her song “NNAN” that jumped to TikTok fame. Unique lip-syncing clips are a fan favorite for this audio clip.

With increasing popularity for the phrase “Ok Boomer,” Peter Kuli’s song could not come at a better time. The phrase makes an appearance in the song and it many comedy TikTok videos.

When Baby Yoda first appeared on The Mandalorian, it was love at first sight. Audiences fell for the cute little creature and a song dedicated to him took off on TikTok.

DeJ Loaf and Big Sean released Back Up in 2015, but it has risen to TikTok fame thanks to a specific line in the song. “I know, I know, I know,” is used in countless funny videos as users lip-sync to the words.

Lizzo is so popular, her songs made the list twice! Boys features an upbeat list of all the different types of boys she likes, and it has become a popular video theme for many TikTok users.

Blanco Brown released his country-rap song after the success of Old Town Road, enjoying massive success for his own track. The Git Up dance challenge sparked thousands of videos on TikTok.

This is the worst nightmare for tri.scott … ?? What is ‘soap’ in your language? Ending on IG: trifinn

Lalala starts with a speaker saying “Did I really just forget that melody,” before another voice starts singing the melody. The song has become a fan favorite for lip-syncing videos and skits alike.

The Woah dance challenge is pretty simple, but that doesn’t make it any less popular. In fact, it is so easy to master the Woah dance that almost anyone can do it, and many have tried.

Payphone may have been released all the way back in 2012, but it is one of the most popular TikTok songs of 2019. Users love creating their own scenes to match up with the song’s lyrics.

♬ All I Want For Christmas Is You – Mariah Carey

20. All I Want for Christmas is You – Mariah Carey

The holidays were a great time for TikTok videos, and Mariah Carey’s classic Christmas hit was a crowd pleaser. Many holiday-themed TikToks were set to this upbeat song.

Maggie Lindemann’s popular song Pretty Girl was released in 2016, but it made the rounds on TikTok in 2019. The pop hit is perfect for dance videos, even sparking its own stair-based dance challenge.

2019 was the year of boys with Charli XCX’s popular song growing in TikTok popularity. The fun track features a coin sound that worked well in countless TikTok videos.

The up-and-comer, Lonr., released A.M., which quickly rose to the top of the charts on TikTok. The vocals are impressive and the beat is catchy, making this an instant TikTok hit.

No Idea has served as the background for almost every style of TikTok video. From lip-syncing and dancing to skits and humor videos, this versatile track can do it all.

You’re a reall og fan if you remember these leggings from my oldddd “musical.ly’s”. ?

Playing on a dance classic, Tyga remixed the Macarena you know from your childhood. The catchy track was a hit on TikTok in 2019 thanks to the well-known dance and lyrics.

No Creditcard? No Problem!

Get a Free Debit card to complete your transaction here